A quick-reference guide to the awards of the Kingdom of Lochac. 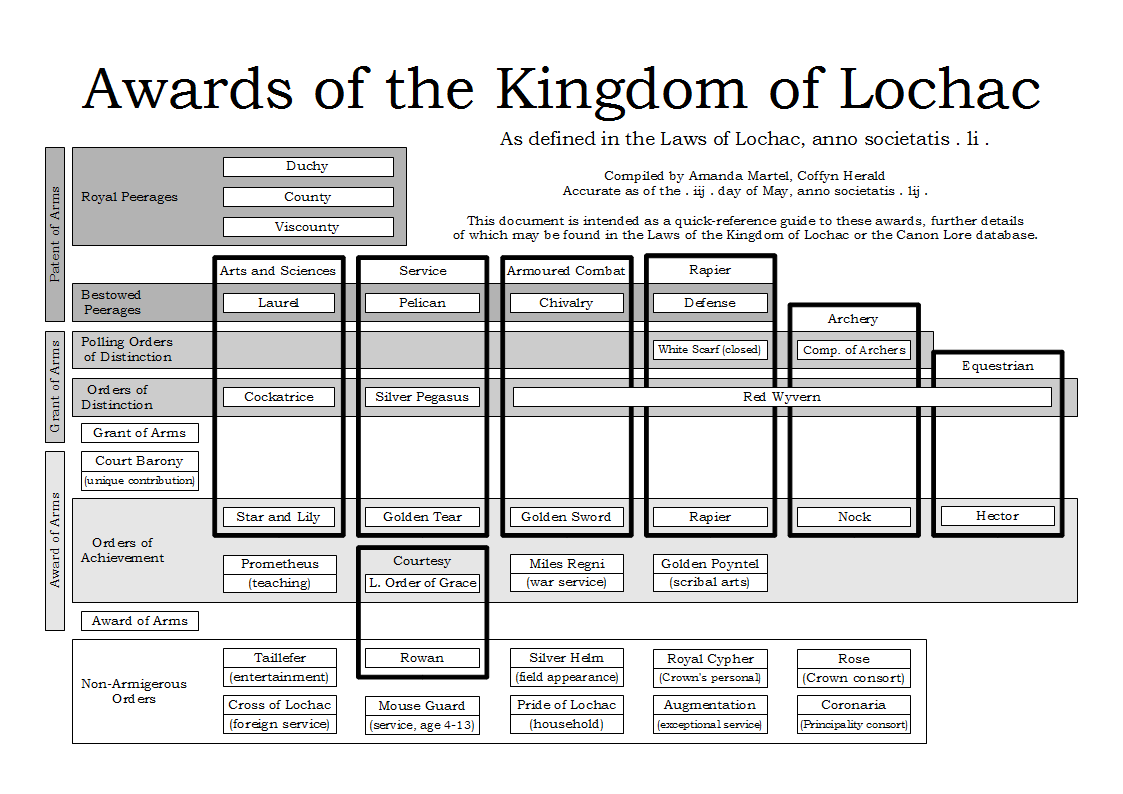 These are arranged in the Order of Precedence (meaning that awards at the top of the page outrank those below).

Please note that the Orders of Achievement and the Non-Armigerous Orders are split into two rows to fit onto the page, but rank equally. The Royal Peerages do have an internal hierarchy as indicated on the chart. Awards listed under others are only for the same category of award if they are in a box with the other awards (for example: Defense, White Scarf and Rapier are awards for Rapier Combat, but the Golden Poyntel is not).

This chart is based on the awards defined in the Laws of the Kingdom of Lochac, so new awards will not appear until they have been added to the Laws.